An unusually large longhouse, some 83 m long and 9 m wide (internally), at the edge of a former gravel pit was found on an overgrown terrace littered with piles of brushwood. Its outline is marked by two parallel sets of positive and negative linear magnetic anomalies linked by less distinct curvilinear anomalies. Trial excavations showed that the negative (white) anomalies mark beam slots and the positive ones are related to low mounds containing gravel and small stones, hardly visible on the terrace surface. 14C dates of charcoal show that the house was built about 2300-2400 years ago - early in the Early Iron Age. Ardmarks, also dating to the Early Iron Age, were observed outside and inside the house, and also stratigraphically below and above it. If it was completed, the house must have been only briefly occupied, as no definite occupation layer, hearth or postholes have been identified (but only some 2.5 % of its area has been excavated). The map also shows other remains near the house, including cooking pits, pitfalls, burnt patches and two ancient paths, partly in the standing woodland, some of which were only revealed by the gradiometer survey. 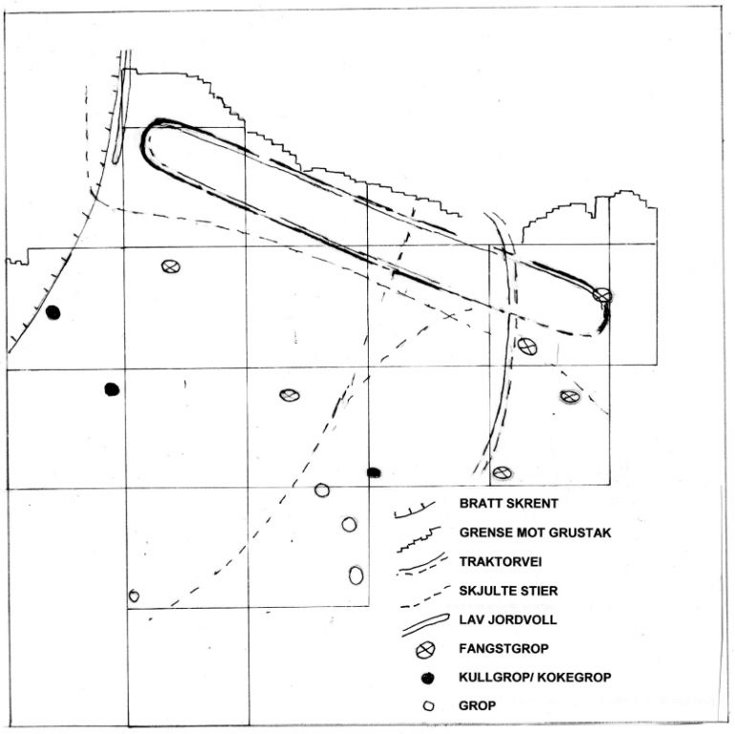