A detailed gradiometer survey in a cornfield near Haug Church, Hokksund, revealed more or less clear evidence for about eight large and small longhouses; the longest may be more than 60 m long. Indications of many prehistoric graves and cooking pits or similar features, as well as a branching track were also found. None of these prehistoric remains are visible on the surface. The strong anomalies in the east are caused by modern water mains, close to where a machine-excavated trench had uncovered several postholes and part of a beam slot.

The gable wall of one of the assumed longhouses (no. 1) is indicated on the field. Photo: T. Kvalnes, Bygdeposten 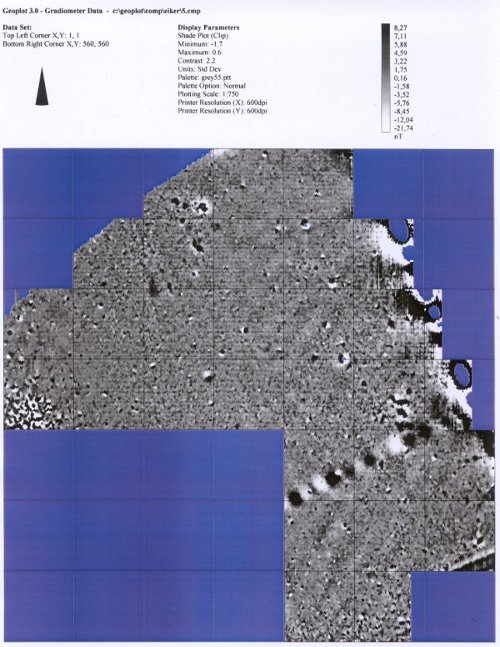 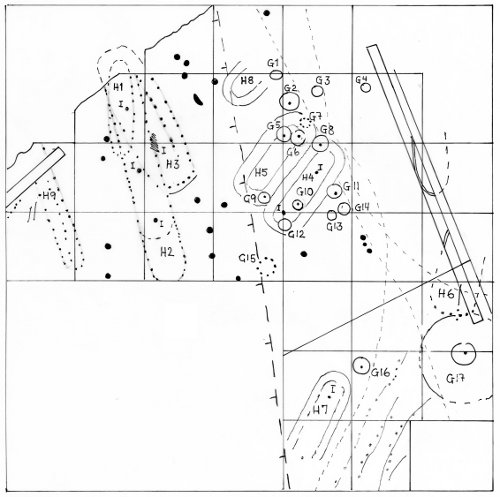